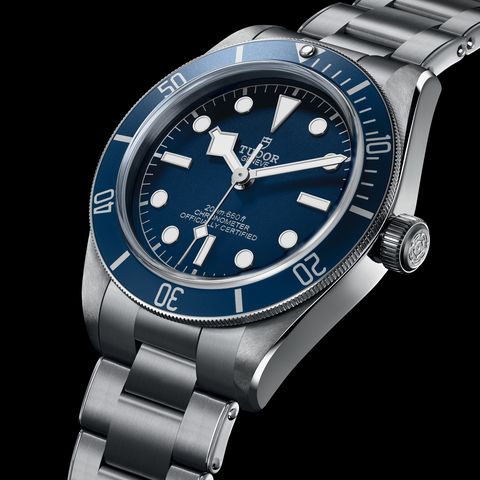 im电竞官网-Tudor has announced a new model in its Black Bay Fifty-Eight line, its popular vintage-meets-modern style of dive watches based on the brand’s iconic Submariner design.

The Black Bay Fifty-Eight ‘Navy Blue’ has a 39mm case and takes its name from its navy blue dial and matching bezel insert, as well as 1958, the year in which the first Tudor divers’ watch waterproof to 200 meters, known as ‘Big Crown’, appeared.

im电竞官网-While blue-dialed watches have become increasingly popular over the last few years, Tudor has previous form with the style. Its first divers’ watch with a blue dial and bezel dates back to 1969, and was soon replicated across its other models. ‘Tudor Blue’ was adopted by the French navy for its divers’ watches during the 1970s.

The new watch comes with three strap options: steel, a blue ‘soft touch’ strap made from a synthetic material said to resemble flannel and a blue jacquard fabric with a silver band. Fabric straps are also enjoying increased visibility – particularly on dive watches – and are another Tudor hallmark. The brand started offering them on its products in 2010 and employs a French company who craft them on 19th century looms, making them a cut above ‘nato’ straps offered elsewhere.